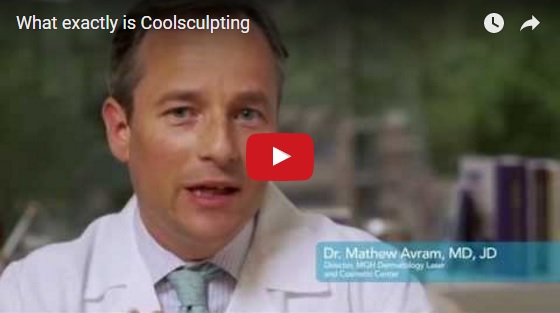 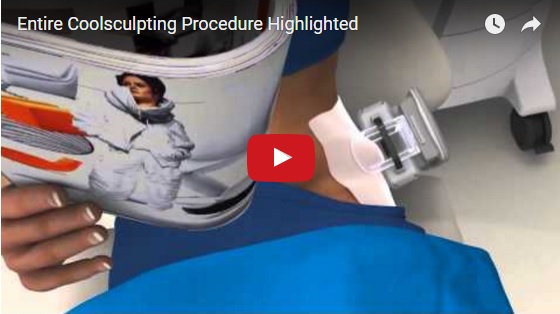 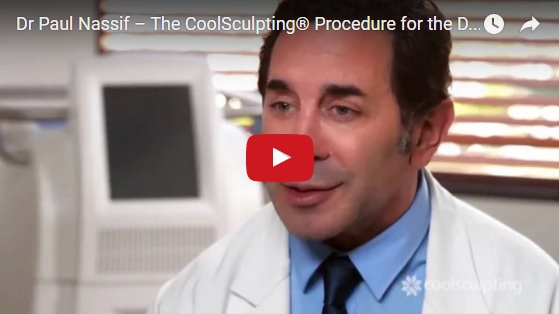 The story behind how CoolSculpting works will likely surprise you because this procedure became a phenomenon in quite an unusual way. Two renowned Harvard scientists, Dr. Rox Anderson and Dr. Dieter Manstein were studying “popsicle panniculitis”, which is a strange condition that affects children who eat a lot of popsicles. These children began to develop dimples in their cheeks and lose fat in that area. The doctors began to develop a connection between the exposure of certain areas of the body to cold temperature and resulting fat loss in the area. With much trial and error, the doctors discovered that fat cells were actually much more sensitive to cold than other body tissue. They were able to pinpoint a specific temperature in which fat cells begin to die, but the other healthy cells were untouched. The medical concept they created is known as cryolipolysis. Additionally they discovered that as the fat cells die, they are slowly released through the body’s own natural waste systems. The treated area begins to shrink as the fat dissipates. This is the secret behind how CoolSculpting works. CoolSculpting was cleared by the FDA in 2010, and since then, over 1 million treatments have been performed all around the world. The results have been amazing, and they’ve discovered that by using certain applicators to freeze areas of the body, you can actually sculpt a new look. In addition, the fat cells that gradually die do not return, thus giving the treated patient the opportunity to finally reduce stubborn fat. Cool Renewal Spa in Charlotte, NC is actually one of the only locations on the East Coast that specializes in just CoolSculpting procedures. Our staff has been trained at CoolSculpting University in Pleasanton, CA, and we understand how CoolSculpting works, how to perform the treatment, and its affects better than most because it’s all we do. We are also one of the only centers in the area to have multiple CoolSculpting devices, which allows us to treat two areas at the same time, cutting your treatment time in half. We pride ourselves on understanding the CoolSculpting procedure inside and out, and our commitment to our patients is to be the best provider of non-invasive body sculpting in Charlotte. Contact us today and set up your free CoolSculpting consultation.

At Cool Renewal Spa, we can show you how CoolSculpting works in Charlotte, Lake Norman, Hickory, Rock Hill, Mooresville, Cornelius, Huntersville, Pineville, Matthews, and the rest of North Carolina.

THE COOLSCULPTING PROCEDURE The CoolSculpting procedure has been cleared by the FDA and uses unique technology that can freeze fat cells, causing them to crystallize and die beneath the surface of the skin.When you have done everything you can to...
Read More

FAT FREEZING At Cool Renewal Spa in Charlotte, NC, we specialize in a fat freezing procedure known as CoolSculpting. If you struggle with persistent fat, you probably feel like you’ve tried it all. Between attempting the latest fad diet, spending...
Read More

LIPOSUCTION ALTERNATIVE CoolSculpting, our liposuction alternative procedure in Charlotte, NC, uses controlled cooling to crystallize unwanted fat cells. If you want to reduce stubborn deposits of fat that exist on your arms, back, stomach, waistline, or anywhere else on your...
Read More