Home > About Cool Renewal Spa in Charlotte, NC > Our Team 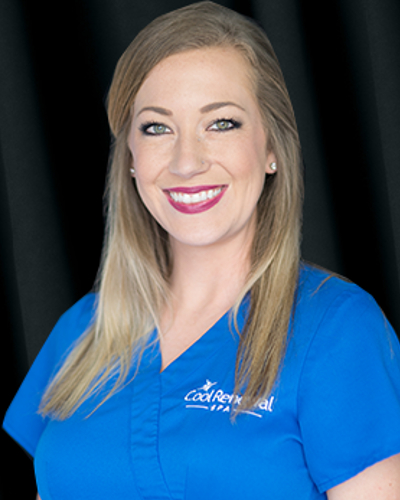 Holly Phifer serves as a Senior Body Contouring Specialist in our South Charlotte location. Holly joined CoolRenewal Spa from a large dermatology practice here in Charlotte. Her clinical experience is extremely varied. She has performed CoolSculpting here at CoolRenewal Spa since 2014 and has performed thousands of treatments. Holly is a Medical Aesthetician, has an Associate of Arts degree and attended the University of North Carolina at Charlotte. She earned her Master’s in CoolSculpting from CoolSculpting University in Reston, VA.  Holly is deeply committed to her patients and their quality CoolSculpting, CoolTone, Scarlet SRF Microneedling, and AquaFirme facials. 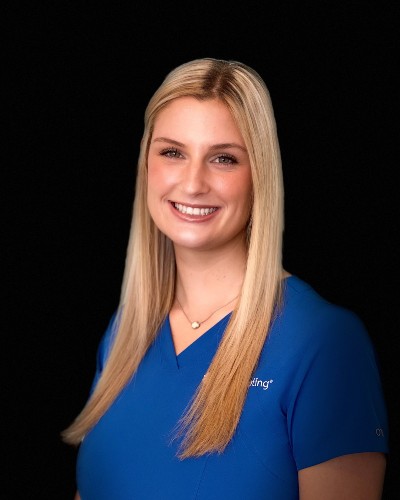 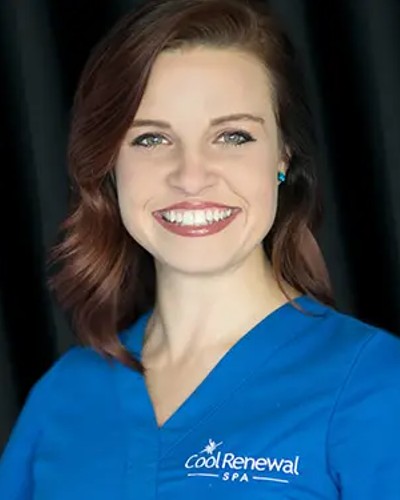 Stephanie Klimenko serves as our Manager of the South Charlotte and Lake Norman Body Contouring Centers. Stephanie is an experienced Nurse and Body Contouring Specialist. She has performed thousands of CoolSculpting treatments and has been recognized as one of the most experienced CoolSculpters in the country. She earned her Master’s in CoolSculpting from Cool Sculpting University in Reston, VA. This new education is only available to the best of the best and Stephanie is ready to take our CoolSculpting results to new heights. She has her nursing degree from Fortis College in Ohio and her undergraduate degree from the University of Akron. She has her nursing certification in both North Carolina and Ohio. As our CoolRenewal Spa Manager, Stephanie is focused on overall patient care and amazing Body Contouring results. 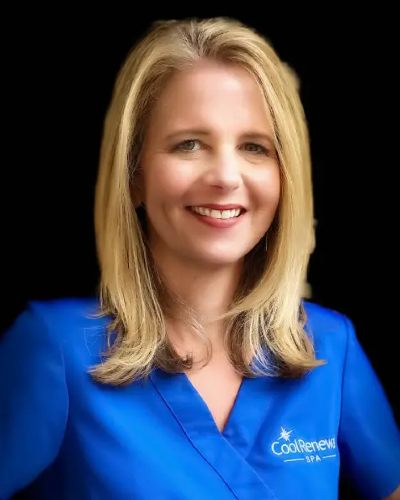 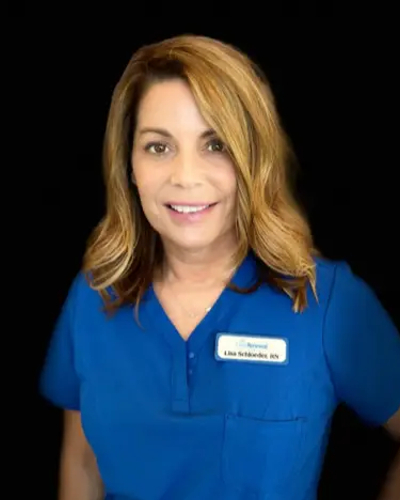 Lisa Schloeder is a Registered Nurse and Body Contouring Specialist at CoolRenewal Spa. She relocated to Charlotte over 30 years ago following graduation from St. Mary’s Hospital School of Nursing/Marshall University in Huntington, WV. She has focused her career in direct patient care in the acute and outpatient settings. Lisa earned her Master’s in CoolSculpting from CoolSculpting University in Reston, VA. She is dedicated to offering exceptional care by utilizing her skills and knowledge to provide excellent outcomes for clients seeking results with CoolSculpting and CoolTone. 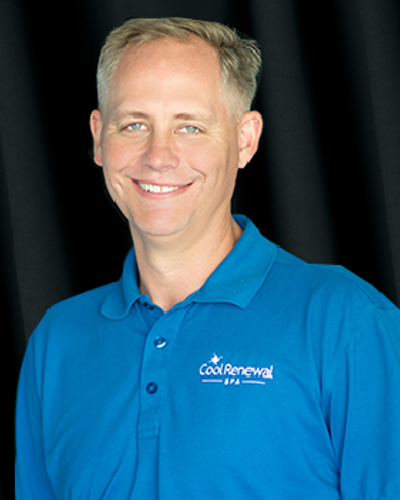 Brad Jensen serves as our Director of Operations and business manager. Brad has spent his entire career in consulting and the financial services industries. Brad has BA and an MBA in finance/operations. Brad and his family moved to Charlotte in 2001. For the past 20 years, Brad has been completely focused on operational excellence with the needs of the client/patient at the center of every business process. Brad is committed to make sure Cool Renewal Spa operates with the same focus and intensity, with an utmost dedication of taking care of the patient. 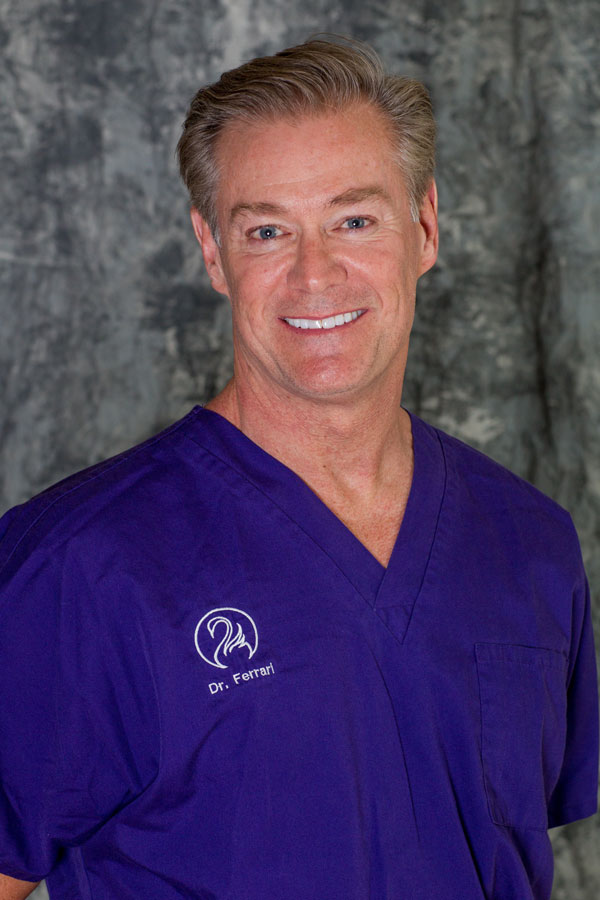 Dr. Victor Ferrari serves as the Medical Director of Cool Renewal Spa in Charlotte, NC.  Dr. Ferrari has been a recognized leader in the field of cosmetic plastic surgery for over 20 years.  He trained at the top residency programs in the country under some of the world’s experts.  His passion for creating beautiful, natural-looking results has resulted in his multiple prestigious awards.  These awards include “Top Doctor” and “Top Plastic Surgeon” status by several prominent consumer guidance groups such as the “”Guide to America’s Top Plastic Surgeons”, “America’s Guide to Cosmetic Doctor’s and Dentists”, Consumer’s Research Council or America”, “The Castle Connelly Group”, “The National Registry of Who’s Who”,  “Marquis Guide to Who’s Who in Medicine and Healthcare”, and “Strathmore’s Who’s Who”.  In addition, he has received the coveted “Physician Recognition Award” from the American Medical Association five times in the past 20 years.  He has also spoken many times in national and international medical meetings to help instruct other physicians on the latest techniques.  He has also appeared numerous times on TV or radio shows to discuss plastic surgery issues since the media recognizes him as an expert in the field. After growing up in Charlotte, he graduated with honors from Davidson College and then the University of North Carolina Chapel Hill School of Medicine.  He then did a full 5 year general surgery residency at the University of Kansas followed by 3 years of plastic surgery training at the University of Miami under the world-renowned plastic surgeon; Dr. Ralph Millard, Jr.  He was selected to the esteemed position of “Chief Resident” in both specialties.  In addition, he also obtained board-certification in both specialties.  Less than 5% of all plastic surgeons can match his credentials and even fewer can match his stunning results. In the year 2000, Dr. Ferrari founded Premier Plastic Surgery Center where he performs most of his procedures in his nationally accredited state-of-the art surgical operating rooms.  He accepted the position of medical director of Cool Renewal Spa in 2014 because he saw it as a viable option for those patients who wanted to lose excess fat, but weren’t interested in surgery.  He is available to discuss any concerns clients may have regarding CoolSculpting or any other body sculpting procedures.
Close
* Results may vary per patient – call us for a free consultation 844-772-2665